Can Dogs Get Acne?

Tetanus in Dods. Tetanus is a fatal medical health issue the is rooted in the toxin. The toxin is a type of infection that takes place in the form of extremely spreading fatal germs that makes a medical situation worse and extreme that sometimes causes death. The toxin that is produced by the bacteria is known as Clostridium tetani, that effects badly to the nervous system, spinal cord, brain and takes toward hyperexcitability that is consequenced in the form of muscle spasms. As far as dogs concern that can dog get tetanus, its simple answer is yes, but in pets, the severity of toxin is less than human beings.

tetani bacteria is the reason for tetanus when the bacteria enter the affected area or in the wound. C. tetani bacteria is a widespread germ that is found in the environment frequently. These bacteria found in dirt and dust and remains alive for years hence it news more care from the wounds that are gotten from falling and scratching of land.C. tetani bacteria cannot produce any defect in the gastrointestinal tract of animals. However it is extremely destructive and harmful when it enters the low oxygenated place in the body like in the wound, it may be very fatal because it gives irreparable damage to animals. Because this toxin spreads in the whole body through the nervous system even damage the brain and cause of unconsciousness and comma sometimes are the result of the toxin.

Can Dogs Get Acne?

It is a common thing that when toxin enters the inside of wounds, its symptoms appear in the first 4,5 days. There are two major kinds of symptoms of tetanus in dogs that are following, 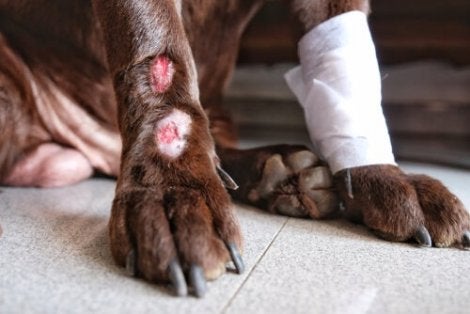 Generalized tetanus affects the whole body and spread in the whole body like a web that damages it badly in a short span of time. Its general signs are slow to walk, the disappearance of hunger, digestive problems, breathing issues. Generalized tetanus is a fatal form of tetanus because it spreads in the whole body through the nervous system. Dogs that suffer from tetanus do not stand, and severe muscular stiffness. Sometimes dogs suffer from eleaveted eyelids, wrinkled forehead due to nervous stiffness. Fever is another general sign of tinnitus.

Tetanus can be diagnosed by the severity of the wound and appearance of symptoms but it can be confirmed through a physical test of dogs. There are many tests that are available that can be used for the confirmed diagnosis of tetanus among dogs. Blood tests and urinalysis test is also recommended by the pet vey for the diagnosis of tetanus in a pet.

The toxin is a major cause of tetanus then it can be treated by using anti-toxin medication because antitoxin works out by removing bacterial in the circulatory system and make it possible to save nerves cell. But if the toxin is connected with nerves then there are no benefits to use antitoxin because nerves spread it in the whole body to the brain and you have to face extreme loss in the form of pet death. 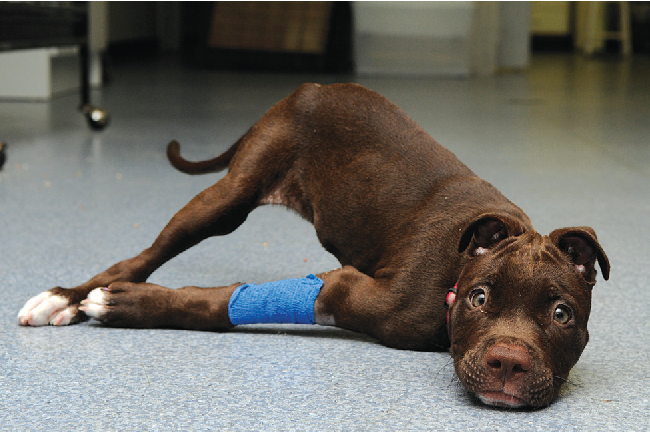 Antibiotics are used for the treatment of dogs tetanus. Nevertheless, Antibiotics are not much beneficail for the reduction of toxin but can reduce C. tetani bacterial infection that can be good to spread it in the nerves. So in case of any injury, it is necessary to see your vet instantly and use antibacterial medicins for animals because instant treatment can save it from toxin.

Surgical treatment is also recommended by the vet in case of serious injury in which all C. tetani bacteria are removed inside and around the wo=und and the risk of tetanus becomes less.

In the case of tetanus, dogs need intensive care because tetanus affects the whole body bitterly and dogs don’t eat even drink in this situation. Cleanliness is another condition that can save pets from severe results because toxin spill rapidly due to dirt and the environment and dirt has a huge stock of C. tetani bacteria that makes injuries worse and complicated. 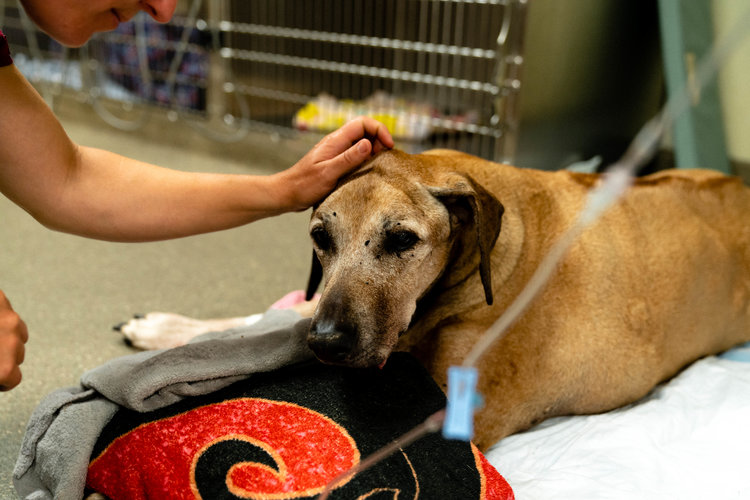 The easiest and simple way to avoid the fatal issue of tetanus in pets is care. In case of any injury and wound, it is necessary to see a vet and use proper care and anti-bacterial medication. Try to keep pets clean and away from dust. Do not allow it to scratch wound and rubbing on the floor for getting rid of skin irritation.